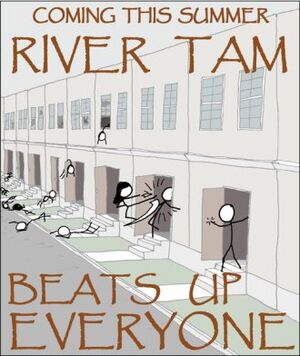 Coming to beat you up at a theater near you!

If you are going to have fight scenes, the trick is to write the thing in such a way that both groups are entertained. If you decide to leave out the "Blah, Blah, Blah" part, see Chop Sockey.