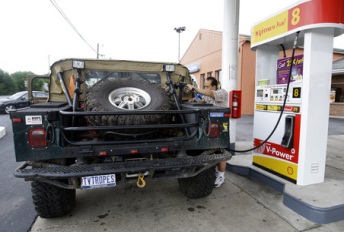 Your Mileage May Vary, most commonly seen on the wiki as YMMV (because we love FLLA's), is a way of saying that the trope inherently involves some kind of judgement call. Not everyone agrees that Happy Days got worse with the Fonz Jumped the Shark -- some loved the whole show, and some never liked it. One troper's Fridge Logic was already another troper's I Knew It!.

So if you see these tropes on a page, don't freak out because someone is wrong on the internet!!!1! (Do, however, feel free to get upset at a YMMV trope used as a Zero Context Example.) These tropes belong on the "/YMMV" subpage of a work.

The article might call for a value judgement and your judgement call could be different from another Troper's.

Example -- The article claims that a character is completely lacking in redeeming features. Your idea of "irredeemable" and another's idea of it might (almost certainly will) differ. Each of you is making a judgment call. Great! Have fun with that. It just doesn't go on the work's main page. We want the tropes listed there to be one hundred percent present in the work without coming down to personal opinion.

The article might be about differences of opinion or Audience Reactions.

Example -- Everybody who doesn't like the work have gotten together, formed a Hatedom and as such share a certain view of the work. As sure as the Sun will rise tomorrow, there will also be a Fandom and there will be wars and rumors of wars. These wars are stories of a sort, they are constructed from tropes like Revenge Fics, Fan Fics, trolling ... the list is pretty long.

Evidently the fans and the haters enjoy these battles. Okay. Best of luck to them. The point is that there is no accounting for taste. Entries about this kind of story, though, don't go in a work's page; that is a place for storytelling tropes. Audience Reactions are a part of the conflict, not the story the conflict is about.

See YMMV Index for a list of works that have a YMMV page.

In general, these shouldn't be added to the main page for a work. The exception is if it's an In-Universe example, where the characters of the show itself invoke the trope to get a reaction from other characters.

We display these tropes slightly differently -- as shown in the example above, they're underlined.

Please note that instead of adding or removing pages from this index directly, you should post to the the forum, and gather consensus for your addition or removal.

See also What Goes Where On the Wiki, Trivia Trope.

(previous page) (next page)
Retrieved from "https://allthetropes.org/w/index.php?title=Category:YMMV_Trope&oldid=1908716"
Category:
Cookies help us deliver our services. By using our services, you agree to our use of cookies.