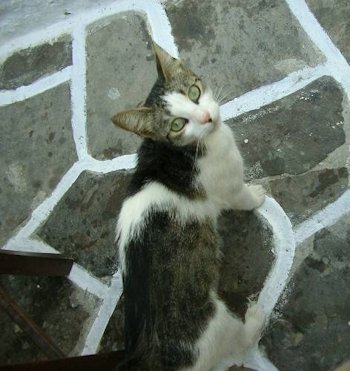 Just a thin line above true Invisibility, a character simply fades from sight by taking on the appearance (color and pattern) of the background behind them. Generally done by characters of supernatural leanings, but doesn't require actual possession of invisibility (cloak or otherwise).

Worth noting that chameleons can't actually do this.

Examples of Chameleon Camouflage include: