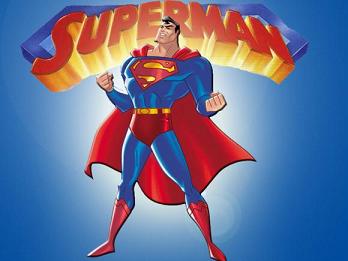 The Character Title is one of the easiest ways to name a work of fiction. Just take the name of a character and use it for the name of the series. The eponymous character is usually, but not always, the protagonist. A possible downfall of this trope is that if the show is a live-action, should the actor playing the title character decides to quit, it could spell the end of the show.

See also Antagonist Title, Secondary Character Title, and Role Called, which takes it further, inserting the character's title too. Another variation is Character Name and the Noun Phrase. If two people are in there, see Name and Name. If the eponymous character doesn't appear until the end, this character is The Namesake. Biopics are especially prone to this for obvious reasons, often in the form of Mononymous Biopic Title.

Compare Job Title, which is where the work is named after a character's occupation; and The Place, in which it is named after a location. It may change over time due to Spotlight-Stealing Title. Contrast I Am Not Shazam, where people assume the series' name is the character's name. See the Protagonist Title Fallacy for the false assumption that only protagonists' names are used in Character Titles. In literary circles this is called an eponym, a term also used to refer to The Namesake. Also note that you won't see Media Research Failure.

99% of all comic book superheroes fall into this trope. Notable exception, however, is Shazam, which of course leads to a different trope...

Nonetheless, Gotta Catch Em All, so...

When bands do this with their albums, it's a Self-Titled Album.

Songs titled after the person they are about:

Retrieved from "https://allthetropes.org/w/index.php?title=Character_Title&oldid=1904789"
Categories:
Cookies help us deliver our services. By using our services, you agree to our use of cookies.