Everything About Fiction You Never Wanted to Know.
(Redirected from Charlotte Bronte)
Jump to navigation Jump to search
/wiki/Charlotte Brontëcreator 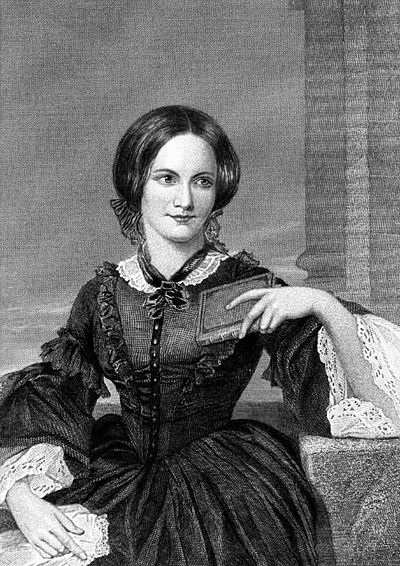 That chick who wrote Jane Eyre.

What? You want more? All right.

Charlotte Brontë (1816-1855) was the daughter of an English clergyman. She had two older sisters, Elizabeth and Maria, who died in a typhus outbreak at their private school when she was young. She also had two younger sisters, Emily Brontë and Anne Bronte, and a brother, Branwell.

A creative and imaginative girl from a young age, she ended up spending most of her adult life as a governess for rich children, or a teacher at a private school in Brussels.

She first began publishing under the pseudonym "Currer Bell" in 1846 when she, along with Anne and Emily, published a collection of their poetry. A year later, in 1847, she published again as Currer Bell, this time a novel, her most famous work: Jane Eyre.

Jane Eyre received criticism from some of her contemporaries, but was fairly widely regarded and overall a sucess. However, Charlotte's younger sisters, Emily and Anne, soon died, leaving Charlotte and her father as the only surviving members of the family.

Charlotte revealed her identity to the London literary circle, and began to meet with figures such as Elizabeth Gaskell and William Makepeace Thackery.

She went on to published Shirley, Villette, and The Professor, and to marry Arthur Bell Nicholls, a colleague of her father who had given her an Anguished Declaration of Love. Charlotte was pregnant with her first child when, tragically, she died - possibly from tuberculosis, possibly from dehydration and malnourishment as a result of severe morning sickness.

One of the most important writers of her time and an early feminist writer makes her Short-Lived, Big Impact.

Reader, a list of her works:
Retrieved from "https://allthetropes.org/w/index.php?title=Charlotte_Brontë&oldid=1930440"
Categories:
Cookies help us deliver our services. By using our services, you agree to our use of cookies.