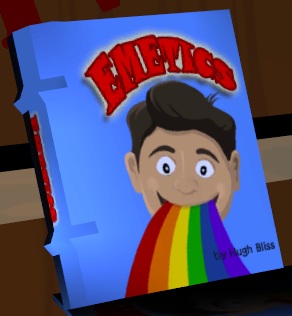 There's a certain established religion founded by a science-fiction author which is very protective of its image, with a rather disquieting habit of breaking out the lawyers (or worse) whenever they feel said image is threatened.

Naturally, this makes them even easier to mock.

Due to said watchdogs, lampooning the religion directly (or even uttering their name and a word against them) appears to be some form of illegal. Therefore, fiction has the Church of Happyology — a thinly-veiled reference to said religion.

No real life examples, please; this trope is specifically about fictional organizations.

Examples of Church of Happyology include:

Retrieved from "https://allthetropes.org/w/index.php?title=Church_of_Happyology&oldid=1925490"
Categories:
Cookies help us deliver our services. By using our services, you agree to our use of cookies.