Everything About Fiction You Never Wanted to Know.
Jump to navigation Jump to search
/wiki/Cillian Murphycreator 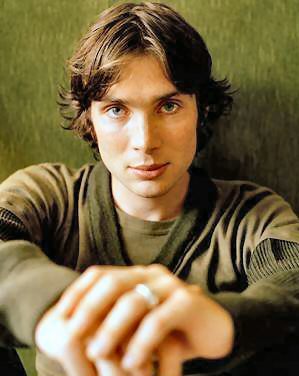 "Cillian Murphy, who has angelic looks that can turn sinister, is one of the most elegantly seductive monsters in recent movies."
—David Denby, The New Yorker review of Red Eye

Cillian Murphy is an Irish actor known mostly for three things. First, his chameleon-like ability to adapt to a wide variety of roles and seem to inhabit them. Second, his amazingly Blue Eyes, and third, being extremely pretty. He was born on May 25, 1976 and started his career in entertainment as a rock musician. Cillian is a rather private fellow, and he does not normally discuss his personal life in interviews.

"I listed Murphy last cause I simply have to mention that this guy is too good looking. Look, Christian Bale is a handsome dude, but Murphy (who plays Scarecrow) is fucking gorgeous. I was getting lost in his dreamy eyes, man. Like Holmes, Murphy was way too young for his supposed profession (in this case a psychiatrist); unlike Holmes, he was so good looking that I bought it."

"Not technically a woman in the genitals-sense. But he can act the shit out of Dame Judi Dench, and he's so, so pretty. Your tender eyes make my fluttering heart soar, Cillian. Your gaze is like a rainbow that ends in my pants. Oh Cillian..."