Everything About Fiction You Never Wanted to Know.
Jump to navigation Jump to search
/wiki/Coheed and Cambriacreator 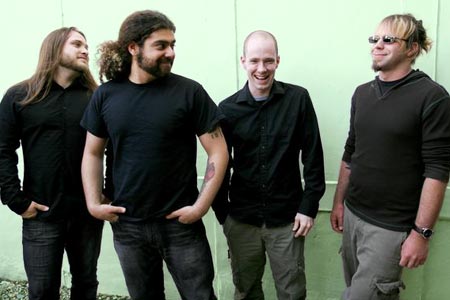 I would do anything for you
Kill anyone for you

"So what if I'm crazy; send me justice and I'll have Paris in flames"

We are, we'll always be the wronged!

Coheed and Cambria is a prog rock band from New York, not a kind of cigar. Their concept albums tell a science fiction story taken directly from The Amory Wars comics, written by Claudio Sanchez (the lead singer).

Each studio album corresponds to a chapter in the comics, and they were released in more or less the same order.

Here's a list, but, be warned, the titles are ridiculous:

Like most music projects that involve telling a story, it's halfway between Plot, What Plot? and Mind Screw, though the comics help to tell a coherent narrative (though as you'll see below, it can get hard to follow anyway).

The tropes below cover both the band and comics for convenience's sake.

Coheed and Cambria provides examples of the following tropes:

"These worlds need a hero...and I burn the prototypes."