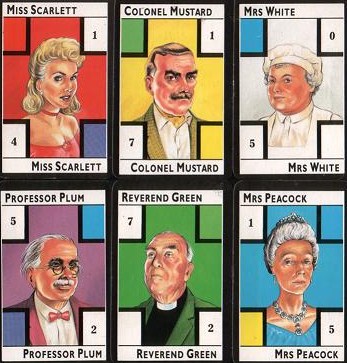 That's the way they all became the Brady Bunch...

Those who opposed this tyranny began naming their children after one of the core aspects of art itself: color.
—Ozpin, RWBY

One form of Theme Naming is to name characters after colors. The colors may reflect their personalities (for example, red being violent and white being innocent), but there is often no correlation at all.

See also Color Character, when a character incorporates the name of a color into the name of of a superhero or masked hero.

Examples of Colourful Theme Naming include: