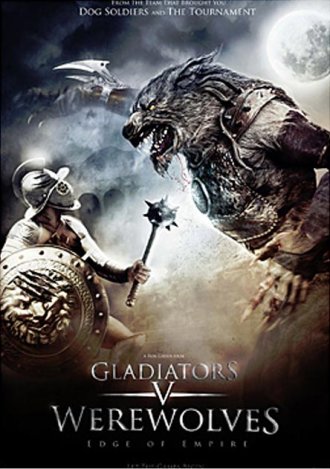 Both are cool, and their battle is awesome!

Samurai and zombies!? You don't have to say any more. I'm in!

Pirates are cool; so are ninjas. So pirates fighting ninjas must be frickin' awesome! And why not make them all beat up some robots while we're at it? Oh and don't forget the zombies!

Related to the Ninja Pirate Zombie Robot and Bread, Eggs, Breaded Eggs, this trope is a case when two types of cool things battle it out. Unlike an Ultimate Showdown of Ultimate Destiny, this is not a case when two specific characters Duel to the Death. Though a battle can qualify as both, if the two characters are two different character types (like a wizard mounted on a T-Rex fighting a horde of zombies).

Bonus points if the two don't exist in the same time-period, place, or universe.

Fur Against Fang is a subtrope. Elves vs. Dwarves, despite how it sounds, is not; though it can be applied to whichever two sides are fighting. A Massive Multiplayer Crossover often invokes this. A Versus Title is a sure sign of the trope at work.

Examples of Cool Versus Awesome include:

Batgirl: (While being strangled by Dracula) "Hopefully you won't hold this against me."
Supergirl: That's What She Said.
Batgirl: You're funny.
Supergirl: I try.

Sticks and stones may break your bones, but Chinese throwing stars get you a dozen stitches.

Haley: Ah, Ninja vs. Pirate, the age-old debate.
Belkar: And by "age-old" ahe means "showed up on the internet like two years ago, at most."