Everything About Fiction You Never Wanted to Know.
Jump to navigation Jump to search
/wiki/Craig Fergusoncreator 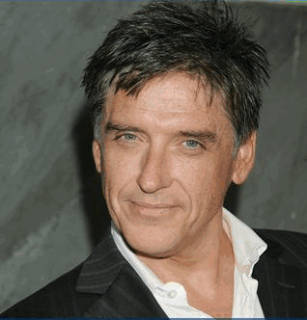 Craig Ferguson is the former host of The Late Late Show on CBS and the author of the books American on Purpose and Between the Bridge and the River. He has appeared in Saving Grace, The Big Tease, I'll Be There, and most recently How to Train Your Dragon. Besides his current post behind (and in front of, and sometimes on top of) the desk of The Late Late Show, he is best known as Drew Carey's evil boss Mr. Wick on The Drew Carey Show. He also provided the voice of Owl in the theatrical release of Winnie the Pooh.

Craig was born in Scotland, and thus began his career in the UK doing stand-up comedy under the name Bing Hitler. (He is now a naturalized American citizen, and self-identifies as American rather than Scottish or British.) In a "Hey, It's That Guy!" moment, he was in an early episode of Red Dwarf in 1988 ("Confidence and Paranoia") as Confidence, who killed himself by trying to breathe in space. He also appeared on the UK panel game Have I Got News for You and the American game Million-Dollar Password.

Besides having a bit of a love affair with the MythBusters (Grant Imahara built him a robot skeleton sidekick), Craig was the 2010 host of Shark Week for the Discovery Channel. He has also hosted the Boston Pops' Fourth of July show for the past three years, and has even done an HBO comedy special (Does This Need To Be Said?). You can also follow him on Twitter.

Retrieved from "https://allthetropes.org/w/index.php?title=Craig_Ferguson&oldid=1686050"
Categories:
Cookies help us deliver our services. By using our services, you agree to our use of cookies.