Everything About Fiction You Never Wanted to Know.
< DC Animated Universe
Jump to navigation Jump to search 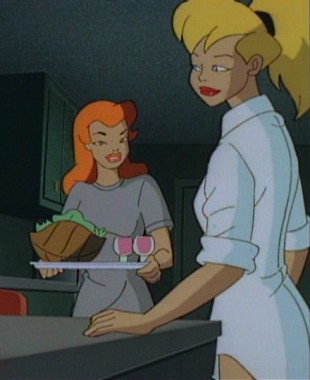 Did those two... The censors actually let this through?

Batman: The Animated Series tended to use Censor Decoys, and quite a bit ended up getting through (makes you wonder about the stuff that got cut):

Can be found here.

Young Justice (also not officially part of the DCAU)