Everything About Fiction You Never Wanted to Know.
Jump to navigation Jump to search
/wiki/Darren Crisscreator 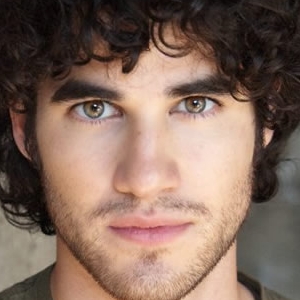 Started out in the surprise YouTube hit and Affectionate Parody A Very Potter Musical, as the titular character. He banded together with a few fellow University of Michigan students and formed Team Starkid, a theater production company that is now Chicago-based. Among the StarKid projects that he's been in are AVPM, A Very Potter Sequel, and Little White Lie.

Even though he's been quoted as wanting to be an actor who sings and not the other way around, he's inseparable from music. He wrote part of the music for AVPM and Me and My Dick, and all the music for A Very Potter Sequel, as well as for the new musical Starship. In the meanwhile, he put out his own 5-song EP, “Human”. He loves singing live; give this guy a mike, a guitar, and a stage, and he's a happy man.

After graduation from U of M, he had a role in the short-lived series Eastwick, and made an appearance in one of the final episodes of Cold Case ("Free Love").

Fangirl screams reached glass-shattering levels when it was discovered that Ryan Murphy had cast him to play Kurt Hummel's love interest on Glee. He plays the character of Blaine Anderson, a openly gay student at the all-boys' school Dalton. Blaine hands out encouragement to Kurt, along with a giant side of Unresolved Sexual Tension and a massive helping of Ho Yay.

Darren's start on Glee made a huge splash, as his version of “Teenage Dream” featuring the Dalton Warblers (aka the Tufts University Beelzebubs) became the highest-selling Glee song overnight, easily beating out “Don't Stop Believin'”.

Darren made his Broadway debut in the revival of How to Succeed In Business Without Really Trying in January 2012. He replaces the original Harry Freakin' Potter, Daniel Radcliffe. Whether Casting Gag or just unintentional, it's still awesome.