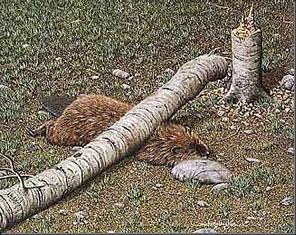 This trope occurs when a character dies in an ironic manner; often this is due to their own actions. A favored fate of The Villain Of The Story. Dead Line News, Death by Looking Up, Hoist by His Own Petard, Karmic Death, and the more lethal variations of Turned Against Their Masters are all SubTropes.

Sometimes the connection is less pointed, the writer trying to show how clever he is. Some are so howlingly obvious that they challenge our Willing Suspension of Disbelief. Bond films have done this so much that we'll accept almost anything.

Examples that don't fit into any subtropes

Retrieved from "https://allthetropes.org/w/index.php?title=Death_by_Irony&oldid=1893779"
Categories:
Cookies help us deliver our services. By using our services, you agree to our use of cookies.