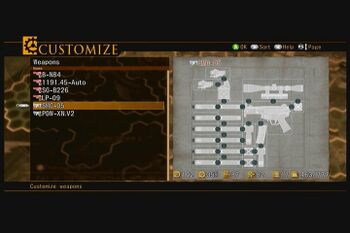 It's time to get tacticool.

Item Crafting, taken Up to Eleven.

In many video games, you often are tasked with completing given objectives with the tools, equipment, units, or vehicles that are given to you by the game's designers. Often this can be an inflexible situation.

Not so much with DIY, or Design-It-Yourself Equipment, as the game designers give you, the player, the power and ability to craft your own instruments of destruction, typically with some form of in-game editor. Generally, any game that allows (or in some cases, requires) you to create your own tools for your use in the game environment falls under this trope.

Used frequently in serious racing Sims, Real Time Strategy, First Person Shooters, and many other genres, and ranges from purely cosmetic design choices(such as different custom paint-jobs on a vehicle) to customization of existing items, to being a critical and integral part of gameplay with designing equipment from scratch.

Depending on how well it is implemented into the game, It can be a unique and refreshing way of playing the game. Done poorly, and it may result in an utter Game Breaker.

Not to be confused with An Interior Designer Is You. That deals with designing interiors or the insides of rooms. See also Item Crafting.

Examples of Design-It-Yourself Equipment include:

Retrieved from "https://allthetropes.org/w/index.php?title=Design-It-Yourself_Equipment&oldid=1667949"
Categories:
Cookies help us deliver our services. By using our services, you agree to our use of cookies.