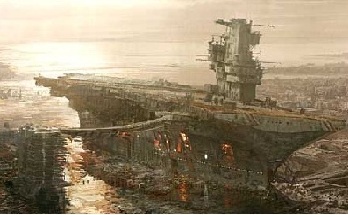 what should have been 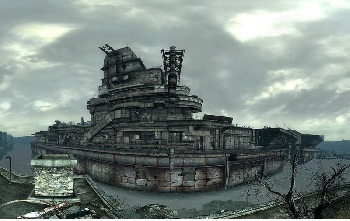 how it turned out

Bob is going to build the best tree house ever, it's going to have turrets, rope bridges, and a lift. He's already designed the whole thing in his head, now he just needs to get the materials...

Unfortunately for Bob, his ideas prove unrealistic. If he's lucky, he ends up with a basic tree house with a rope ladder.

This is a trope about initial ideas and grandiose plans than ultimately are unattainable in real life.

A good way of showing this is holding the plans in front of the camera and then lowering them to show the finished product.

This is present in the real world and fiction. One look at concept art for some computer games can have you asking, "Why isn't the finished game like that?" Lack of time, money and resources is usually the answer.

Could be seen as a specific form of What Could Have Been.

Examples of Design Compromise include:

Retrieved from "https://allthetropes.org/w/index.php?title=Design_Compromise&oldid=1863566"
Categories:
Cookies help us deliver our services. By using our services, you agree to our use of cookies.