Everything About Fiction You Never Wanted to Know.
(Redirected from DiC)
Jump to navigation Jump to search
/wiki/DiC Entertainmentcreator 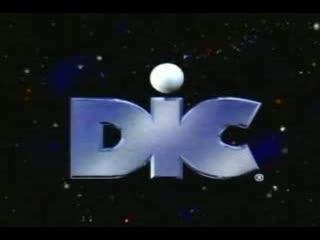 No, it is not pronounced "dick".

DiC Entertainment was a production company that started as a subsidiary of Radio-Television Luxembourg in 1971, that would go on to produce many kids' cartoons, especially in the 1980s. Its name is an acronym for Diffusion, Information et Communication.

The company is mostly remembered for its closing logos that appeared at the very end of its shows. Its most notable was the "Kid in Bed" logo, in which a camera zoomed in above a boy who was sleeping in his bed and through his bedroom window, where the DIC logo formed outside. This closing logo, first used in 1987, went through various variations before being replaced altogether in the early 2000s. More information on this and the other closing logos for DIC can be found here.

As of 2008, the company has been acquired and become part of Cookie Jar Entertainment.

Although the official pronunciation for the company's name is "deek", it has become easy for one to joke about the fact that the name is one letter away from sounding like "dick". "DIC" has come to be described as an acronym for "Do It Cheap", though in the early days, they worked with Tokyo Movie Shinsha (they weren't nearly as cheap as Filmation as TMS was very expensive), only switching to studios like KKC and D Asia, Saerom and Sei Young later on as Disney and later Warner Bros were giving TMS more money for their shows. As a result, the higher-quality shows of company's heyday in The Eighties (including Inspector Gadget, Jayce and the Wheeled Warriors, M.A.S.K., Heathcliff and The Catillac Cats, Dinosaucers, and so on) would eventually give way to their unfortunately arguably better-remembered Dork Age, particularly its cartoons based on the Super Mario Bros and Sonic The Hedgehog video games, which are also a frequent source in YouTube Poop. It is also rather infamous among the anime community for its dub of Sailor Moon (although in that case it is often a subject of Misblamed since the voices, dub script, and most of the editing was done by Optimum Productions).

They have also released EasyPlay DVDs in the late '90s, in which you can hear Inspector Gadget deliver an extremely long and detailed lecture on how to use it. This is somewhat justified since DVDs were still new at the time, though because you have to "move the glow" to the DiC logo and click on it, you already know how to use it anyway.

Notable shows produced by the company include: