Everything About Fiction You Never Wanted to Know.
Jump to navigation Jump to search
/wiki/Diane Duanecreator 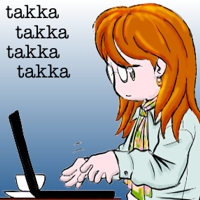 Diane Duane is an American fantasy and science-fiction author now living in Ireland. She was born in 1952, was first published in 1979, and has been writing sci-fi and speculative fiction almost continuously ever since. She has written in a lot of different universes. Here we go:

Diane Duane is officially One of Us, as she has edited the original TV Tropes wiki several times, is very kind to fans (whom she will answer personally), and has been dubbed an Honorary Wanka by Fandom Wank. She's also a member of fandom herself, particularly Sherlock, for which she has written the occasional fanfic. She can be found on Twitter, Tumblr, Livejournal, and Google+ and on the Young Wizards forums [dead link], among other places.