Everything About Fiction You Never Wanted to Know.
< Digimon Frontier
Jump to navigation Jump to search 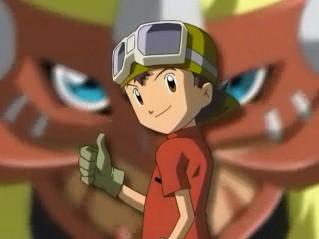 Takuya begins the series as a typical "goggle boy", (only he wears a hat underneath his gray and square goggles)—energetic and athletic, but tending to act without thinking and very stubborn. He has a strong sense of justice, and tries to use his power to do what he believes is right.

His Spirit Evolutions are as follows: 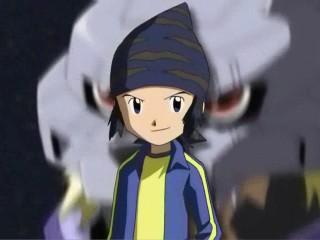 Koji starts the series as the group loner - a kid who wanted friends, but never had the chance to make any because he had to change schools too many times. He showed up to help the other Digi Destined from time to time, and then eventually joins the group permanently. He often distances himself from the others, refusing to let anyone get too close to him.

His Spirit Evolutions are as follows:

"I won't act like someone I'm not just so I can be popular." 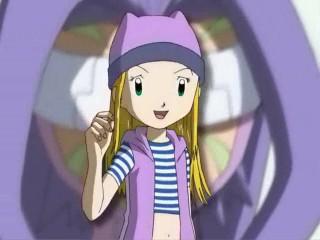 Zoe is very kind and while she fights, she does it to protect others and herself. As Ranamon put it, she's usually too nice to kill an enemy.

Her spirit evolutions are as follows: 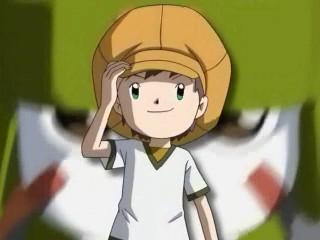 Tommy is the youngest member of the group. He is always genuine in his feelings and looks up to Takuya Kanbara as his hero. As the series progresses, Tommy learns to stand up for himself, even fighting his own battles. 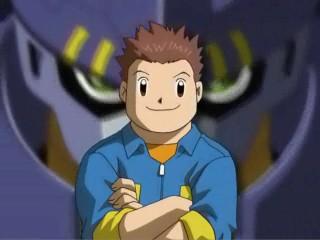 At the start of the series, J.P. shows some jealousy towards Takuya Kanbara, the main character of this series for being Tommy Himi's hero and being able to combine both of his Digimon forms into a more powerful form. He also shows feelings for Zoe Orimoto, the only female of the group. J.P. also seems to have a hidden fear of being alone - despite being constantly surrounded by people when he was in the real world, he felt that he had never really been anyone's real friend. 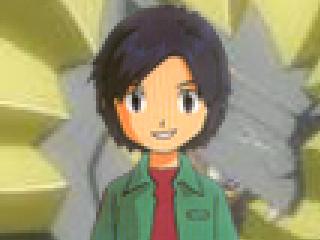 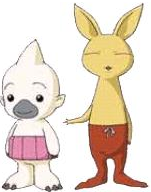 One of the three Great Angels of the Digital World. After Seraphimon is killed by Mercurymon, he is turned into an egg which later hatches into Patamon.

One of the three great angels of the Digital World. She starts out the whole adventure, and a good portion of the first half of the series is spent finding her. She is killed by kerpymon but reincarnates as Salamon late in the series. 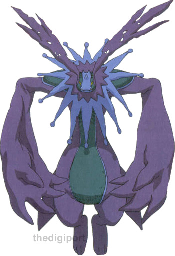 One of the Three Great Angels of the Digital World. In times passed, he was a good digimon that helped keep the peace. But now he is a corrupted monster that will stop at nothing to take over the entire digital world. Late in the series, he's revived as Lopmon. 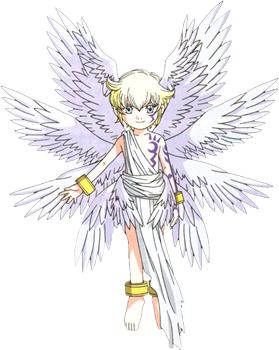 An angel digimon that once came down to the Digital World to bring peace to it due to a war between the beast and human type digimon. He eventually grew proud and fell off the narrow path and became a great evil that the Ten Legendary Warriors sealed away. He is eventually released by the Royal Knights and becomes the final boss of the show, so to speak.

His forms are as follows 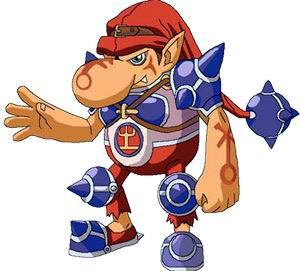 A small, ugly gnome like creature. He was the first of the evil Warriors the children meet and also the first to fall. He represents earth and stone

His two evolutions are as follows:

A cute, mermaid-like digimon. She was one of the evil Legendary Warriors that the Chosen Children faced. She devloped an intense hatred of Zoe, borne out of jealousy. She represents water

Her two evolutions are as follows: 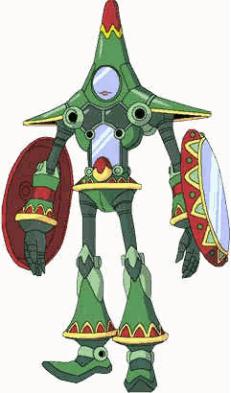 An odd looking humanoid digimon with a mirror for a face and similar mirrors for wrist guards. He was ostensibly the leader of the evil Legendary Warriors, and he was certainly the most effective (outside of Duskmon). He seemed to hold a minor grudge against Takuya, but not to the extent that Ranamon held for Zoe. He supposedly represents steel, but that is a clear case of In Name Only, as most of his attacks involve mirrors.

His three evolutions are as follows:

A wooden cyborg digimon. He was one of the Evil Legendary Warriors that fought the Chosen Children. For a time he gave the children trouble with his beast spirit, but was eventually brought down via teamwork and destroyed by Duskmon. He represents wood. 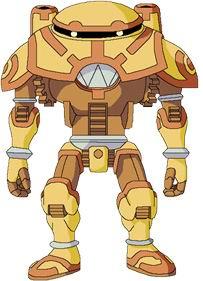 His two evolutions are as follows: 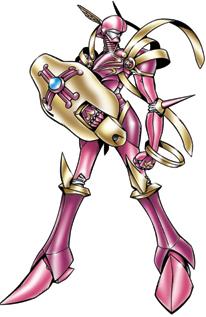 An effiment Holy Knight digimon. Crusadermon was one of the two Royal Knights that were hired by Lucemon to destroy all of the digital world. Crusadermon was often matched off in a fight with MagnaGarurumon, and was the first of the two knights to start having trouble, being the weaker of the two. 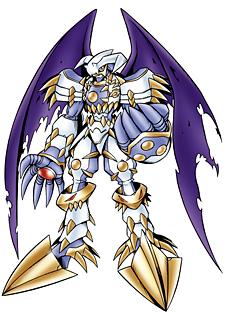 Dynasmon is a draconic Holy Knight Digimon. He was one of the two Royal Knights hired by Lucemon to gather all of the digital world's data. He usually squared off against EmperorGreymon, and being by far the stronger of the two knights, was the last to start having trouble with the Chosen Children. He was also the most devoted to Lucemon's cause. He is thematically based off of the Wyvern.