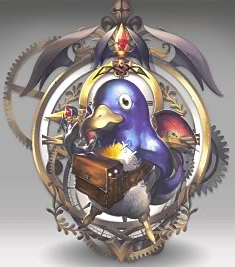 It takes place sometime after the events of Disgaea: Hour of Darkness. Overlord Laharl, while scheming to steal one of his vassal Etna's favorite snacks, becomes the victim of an assassination attempt. Etna and Flonne are initially accused of trying to kill him (given that they had actually tried to do so in the past), but are cleared of suspicion when Laharl turns his wrath on the Prinnies. Since none of them are willing to come forward and confess, Laharl threatens them with the most heinous of punishments a Prinny could ever receive—a salary cut!

One of the Prinnies stumbles upon a magical pocket watch called TickTock, who grants him a chance to go back in time and find out who tried to assassinate the Overlord. The Prinny is also granted the ability to possess the other characters so that he can see the events from their perspective, and limited mind control abilities, which he can use to make them say things they wouldn't normally say (with sometimes hilarious results). He'll have to use the powers granted to him by TickTock to save the Overlord, and most importantly...his life savings!

Tropes used in Disgaea Infinite include:
Retrieved from "https://allthetropes.org/w/index.php?title=Disgaea_Infinite&oldid=1857658"
Categories:
Cookies help us deliver our services. By using our services, you agree to our use of cookies.