Everything About Fiction You Never Wanted to Know.
< Doctor Who‎ | Recap‎ | S15
Jump to navigation Jump to search 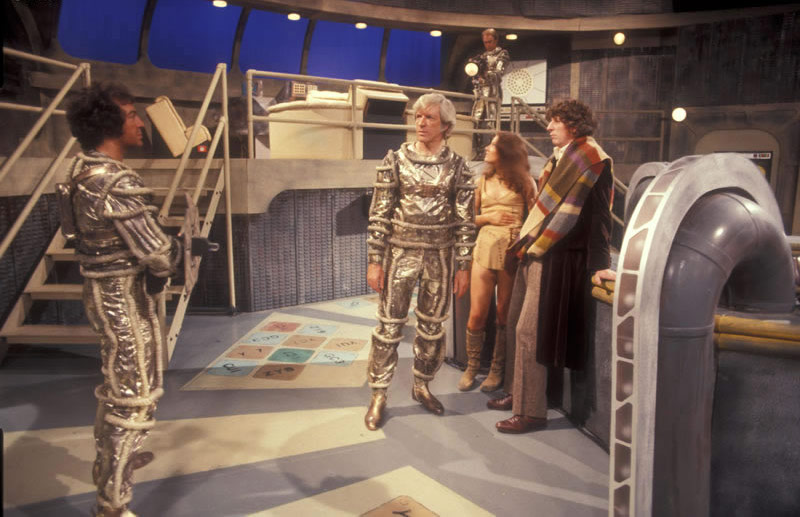 The Quest is the Quest!
—Various Minyans

The TARDIS lands on a spaceship, the R1C, commanded by a man named Jackson. He and his Minyan crew are on a quest to recover their "race banks" from another ship, the P7E, which left centuries ago to form a new colony. The R1C is buried by a meteor storm but the Doctor helps them escape - before they crash into a small planet just as the serial's budget runs out.

Investigating the planet, the Doctor finds a system of caves that leads to the P7E, long ago buried by asteroids. The P7E's computer, Oracle, has gone insane and rules over the survivors of the Minyan crew with the aid of the robotic Seers. It allows Jackson to take the race banks, but the Doctor realises that they are just fakes, primed with fission grenades. The Doctor tricks Oracle into allowing him to take the real race banks, meanwhile returning the fakes via the Seers. The resulting explosion destroys the P7E and propels the R1C off on its voyage to Minyos II with the P7E's survivors.

The Doctor: What is blown can be sucked.