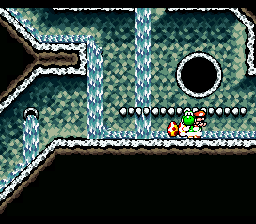 A level that takes place in the sewers. Common mechanics of sewer levels include maze-like layouts, Super Drowning Skills (or Super Not-Drowning Skills, depending on the game), water acting like conveyor belts, and requiring the player to swim through sections of the level (sometimes the whole thing). Hitting switches to somehow divert the flow of water to flood or drain certain areas is also fairly common.

See also Under the Sea for levels which are aquatic, but not set in a sewer.

Examples of Down the Drain include:

Retrieved from "https://allthetropes.org/w/index.php?title=Down_the_Drain&oldid=1835091"
Categories:
Cookies help us deliver our services. By using our services, you agree to our use of cookies.