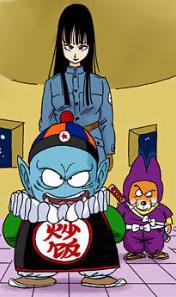 The first villain in the original series, a short midget with dreams of... what else... taking over the world. After Goku and friends ruin his original attempt and destroy his castle (thanks to Goku's Great Ape form), he appears a few more times as a minor annoyance, but he plays an important role in reviving King Piccolo in the hopes that he'll be allowed to share in his global conquest; Piccolo betrays him as soon as it's convenient. Then he's never seen again... at least not in the Z series. He makes an appearance in GT though, actually kicking off the entire series.

Pilaf's underlings. A rather beautiful Asian looking woman and a ninja dog. Not any brighter then their boss to say the least.

An evil organization headed by Commander Red. They get wind of the Dragon Balls and use any means to collect them, including taking innocent life. Goku practically decimates them by himself after they get in his way one too many times. 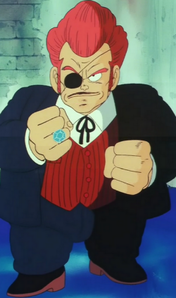 A red-haired, eyepatch-wearing dwarf who created the Red Ribbon Army to fulfill his dream of ruling the world. Commander Red led the Red Ribbons up until Goku's final assault on his compound; then, his number-two, Staff Officer Black, killed him when Red admitted that the real reason he wanted the Dragon Balls was not to rule the world, but just to become taller. In Dragon Ball Online, he returns centuries later, rebuilt as "Android 9", and creates the new Red Pants Army. 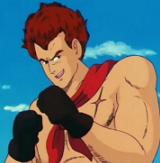 The first member of the Red Ribbon Army to go up against Goku. 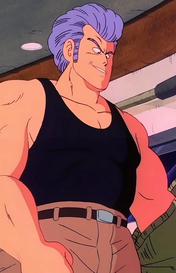 A Red Ribbon leader searching for a Dragon Ball in the snowy arctic, General White built a fortress called Muscle Tower, kidnapped a nearby village's leader, and forced the townsfolk to comb the landscape for the Dragon Ball. His retinue of followers almost had Goku on the ropes, but Android 8 defeats him and saves Goku. 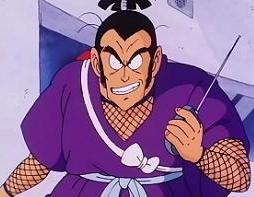 A tiger-person who briefly faces off against Goku, commanding a plane trying to raid an Indian village. 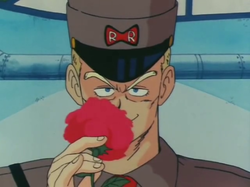 A high-ranking member of the Red Ribbon Army with formidable psychic powers. General Blue was searching for a Dragon Ball in the ocean when Goku and Bulma stumble into his camp. He quickly becomes a deadly enemy to Goku and friends. When he fails to obtain the Dragon Ball, Commander Red orders him to fight Mercenary Tao, who kills him. 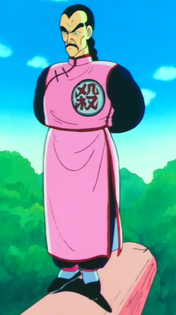 A mercenary and assassin hired by the Red Ribbon Army to collect the Dragon Balls for them. Swift and merciless, he's the first human character to hand Goku a defeat outside the World Martial Arts Tournament. After some training though, Goku manages to return the favor and Tao accidentally blows himself up when a grenade is kicked back at him. He returns later as a cyborg but is quickly defeated again despite the upgrades. Makes a few more appearances in filler of the Z series.

A female member of the Red Ribbon Army who's sent on an interference mission against Goku's allies to stop them from getting the Dragonballs. 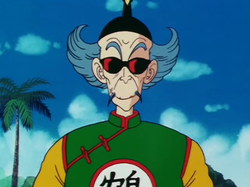 Master Roshi's rival and Mercenary Tao's older brother. Tien and Chiaotzu's original teacher, Shen has his students enter the 22nd World Martial Arts Tournament in order to show up Roshi, hearing how far Goku and Krillin went in the previous tournament. When he hears that Goku defeated Tao, he changes his plans and tries to get his students to kill Goku and company. However, his interference in the final match causes his students to make a Heel Face Turn, and he is sent flying by Roshi's Kamehameha. He shows up at the next tournament with his brother, but is forced to flee when his ex-prize student easily beats Tao. 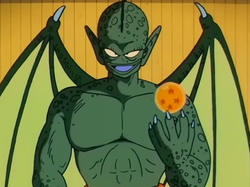 Tambourine was King Piccolo's second oldest son at the time he was released from his imprisonment and the longest lasting of the three named sons who engaged in combat (Piano lasted longer and seemed to be older, but he never fought before Goku killed him by throwing his father at him), he is by far the most evil and sadistic of the three, he was ordered by his father to hunt down and kill any martial artists who participated in the World Martial Arts Tournament to prevent him from being sealed, he becomes Goku's arch enemy for the first half of the saga because he murdered his best friend Krillin, he stole his Dragon Balls, and he destroyed his Flying Nimbus, after these events Goku faces off against him and loses, he eventually faces off against him again for a final showdown and Goku kills him with a Kamehameha. 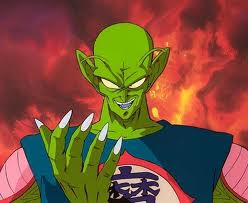 Not to be confused with the main series Piccolo, his son. King Piccolo was originally identified as a Demon before the revelation that he originated on planet Namek. The evil side of Kami that gained sentience, he proves to be the toughest opponent yet for the young Goku. Of course, like all the villains he goes down eventually, in this case by a fist straight through his midsection. 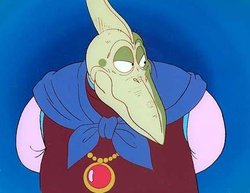 The oldest and weakest of King Piccolo's children, but also the one who lasted longest (besides Piccolo, Jr.). Piccolo created the pterodactyl-like Piano to serve as his attendant and majordomo. Piano was accidentally killed when Goku punched King Piccolo so hard that he fell on his son and crushed him.

Retrieved from "https://allthetropes.org/w/index.php?title=Dragon_Ball/Characters/Original_Series_Villains&oldid=1492914"
Categories:
Cookies help us deliver our services. By using our services, you agree to our use of cookies.