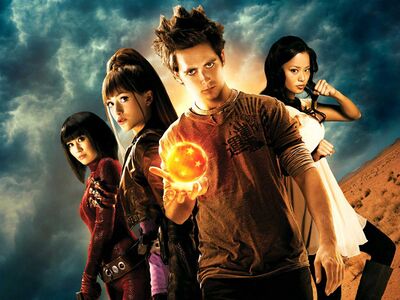 Goku is a young high school student who must battle the evil space overlord Piccolo and retrieve the Dragon Balls in order to stop Piccolo's massive ape servant, Oozaru. Along the way, Goku loses his grandfather and meets an inventor named Bulma, a martial arts master named Roshi, and a bandit named Yamcha.

Has a tie-in video game.

Tropes used in Dragonball Evolution include:
Retrieved from "https://allthetropes.org/w/index.php?title=Dragonball_Evolution&oldid=1871686"
Categories:
Cookies help us deliver our services. By using our services, you agree to our use of cookies.