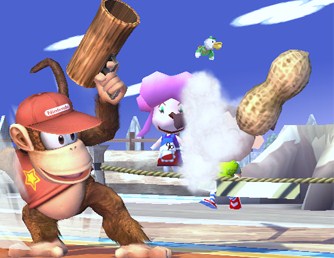 Exhibit A: The Peanut Popgun

A Sub-Trope of Abnormal Ammo, basically it's any type of food used as ammo, whether it be thrown or launched. May have additional effects.

Examples of Edible Ammunition include:

Adds a whole new level of meaning to "eat hot lead", doesn't it?