Everything About Fiction You Never Wanted to Know.
Jump to navigation Jump to search
/wiki/Eiichiro Odacreator 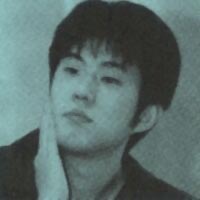 —Eiichiro Oda when asked what he thought of lewd fanart.

Eiichiro Oda (尾田栄一郎) is creator of the long-running Shonen Manga One Piece, which is over six hundred chapters in length and still going strong. Noted for his unusual art style and eccentric and imaginative character designs.

Something of a manga prodigy, he won several awards with his manga Wanted! at the age of seventeen. This landed him a job at Shonen Jump despite his young age, but he worked only as an assistant at first; it was five years before he began a series of his own, but even then he started One Piece at the Improbable Age of 22. Despite having been in the industry for half his life, he is still known for having a fanboyish love of manga in general, especially Dragon Ball. His playful approach to his work has won him a lot of fans.

He also worked as an assistant on Rurouni Kenshin.