Everything About Fiction You Never Wanted to Know.
Jump to navigation Jump to search
/wiki/Eli Rothcreator 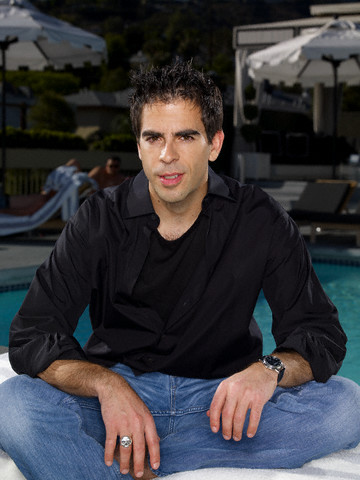 Eli Raphael Roth (born April 18, 1972) is an American film director, producer, writer and actor. A proud member of a group of horror directors known as the Splat Pack, Roth is known for his financially successful Gorn films, sparking the latest trend of R-rated Horror films during a time when PG-13 films were considered more lucrative.

Quentin Tarantino loves him like a brother - they clearly have a lot in common. Best not to ask what that involves. But it sounds like a lot of fun.

Uwe Boll thinks he's a no-talent hack. So he's got that going for him. Which is nice.