Everything About Fiction You Never Wanted to Know.
< Ensemble Darkhorse
Jump to navigation Jump to search 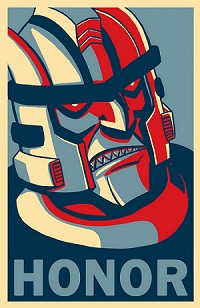 Please list characters by the media/incarnation that the darkhorse is most associated with. And let it be known, these characters have The Touch.

This page is for the Ensemble Darkhorse characters spanning all Transformers, Beast Wars, etc. media. Listed first are the characters who won fan voting in the Hall of Fame.

Hall of Fame selection process: Each year, starting in 2010, several characters and real life humans associated with the series are inducted into the Transformers Hall of Fame. One additional character is inducted, based on fan voting, out of 5 characters as choices. As the main characters are automatically inducted, and most of the choices are already on this page, this makes the winner a Breakout Character among the Ensemble Darkhorse characters. For 2010 and 2011, the choices were four G1 characters (each lumped with their other incarnations, if any) and one Beast Wars character.

Currently, only Transformers and My Little Pony Friendship Is Magic[2] have their own pages dedicated to ensemble darkhorses, so please click here for more examples from other shows.