Everything About Fiction You Never Wanted to Know.
Jump to navigation Jump to search
/wiki/Eric Flintcreator 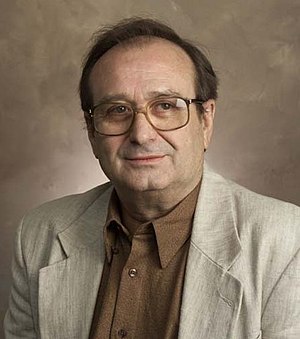 Noted science fiction author, tends towards the harder end of the Mohs Scale of Science Fiction Hardness, often in collaboration with other authors such as David Weber.

Notable aspects of his writing style include a number of trademark affections and concepts, including:

If not the creator of the Assiti Shards time travel idea (also known as ISOT events, after the Island in The Sea of Time), then the writer of the best example. Assiti being an anagram of As It Is, and the idea is simple: a location is picked up whole and dropped in another time, with only the resources they would have on hand--As It Is--to survive.

Notable works include:
Retrieved from "https://allthetropes.org/w/index.php?title=Eric_Flint&oldid=1684312"
Categories:
Cookies help us deliver our services. By using our services, you agree to our use of cookies.