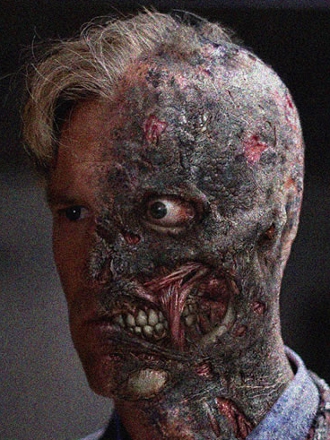 At least he won't need glasses.

The anti-Eye Scream. When even though in all likelihood one's eyes would be harmed during a fight, or in a nasty accident etc., the eyes remain, remarkably, unharmed. This is seen often in works trying to avoid being Squicky. All the same, eye damage is rarely seen in modern works, as it has become something of a taboo.

This is the case pretty much whenever you see a character with a big, deep scar over his eye.

Related to The Dead Have Eyes. The opposite of Go for the Eye.

Examples of Eyes Are Unbreakable include:

Retrieved from "https://allthetropes.org/w/index.php?title=Eyes_Are_Unbreakable&oldid=1634649"
Categories:
Cookies help us deliver our services. By using our services, you agree to our use of cookies.