Everything About Fiction You Never Wanted to Know.
Jump to navigation Jump to search
/wiki/Fear Factorycreator 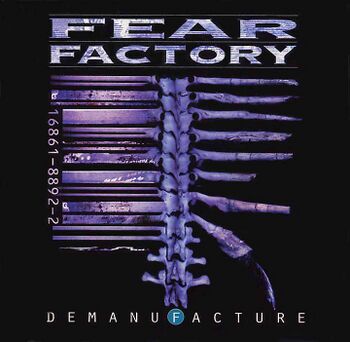 Fear Factory is an American metal band. Formed in 1989, they are well-known for their signature style, which combines death metal, groove metal, thrash metal and industrial metal. They had a large impact on the metal (and "metalium", if you're picky) scene from the mid-90s and onwards, with Machine Head, Chimaira, Devin Townsend, Disturbed and Mnemic all citing them as an influence.

Not to be confused with Fear Factor, Nightmarish Factory, or the Donkey Kong Country track of the same name.