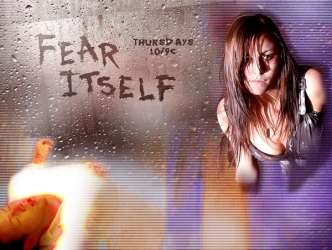 A short-lived Anthology Series from NBC that aired in the summer of 2008, Fear Itself is similar to Masters of Horror, but with less notable directors. (Michael Eisner's son, anyone?) A few of the directors from Masters of Horror made the transition, at least, among them John Landis, Brad Anderson and Stuart Gordon.

The show didn't finish airing its first season, but at least it had a cool theme song: "Lie Lie Lie" by System of a Down's Serj Tankian.

Tropes used in Fear Itself (TV series) include:
Retrieved from "https://allthetropes.org/w/index.php?title=Fear_Itself_(TV_series)&oldid=1734739"
Categories: