Everything About Fiction You Never Wanted to Know.
< Felix the Cat
Jump to navigation Jump to search

The world's most famous cat, and the longest lasting cartoon character in history. In the hands of Otto Messmer, Felix was, first and foremost, a thinking character, a being with a wit as fast and sharp as a razor, who could improvise to any situation at the wink of an eye, with a wide range of emotions or thoughts represented by his large, expressive eyes, as well as his detachable, shapeshifting tail.

In 1936, years after Mickey Mouse had taken the throne of cartoon king from him and, combined with inept management, caused his theatrical cartoons to fall out of popularity, Van Beuren Studios took a shot at reviving Felix's animation career (as he was still very popular in the comic pages). Unfortunately, Instead of taking advantage of the possibilities layed down by the earlier cartoons, director Burt Gillett wrote off the surreal nature of Otto's Felix as "outdated" and proceeded to turn Felix into a cookie cutter Mickey Mouse clone with no distinguishable characteristics, and overshadowed Felix's role with his own large cast of characters in a lush, Disney-like setting. While there was the occasional bit of the original surrealism, it felt forced and tossed on, as if they were only done to remind the audience of what Felix is supposed to be like. While the shorts were fairly successful in spite of changing what Felix was about, the subsequent shutdown of Van Beuren Studios abruptly ended the series, once again putting Felix's animation career on ice.

In the late 50's, Joe Oriolo, a former assistant of Otto Messmer, took control of the Felix franchise and rebooted the series with the Trans-Lux Felix the Cat TV cartoons. For character, he went back to the original Felix template of him being a thinking character, but added some changes of his own, such as Felix's slicker, more streamlined design, as well as the series trademark "Magic Bag of Tricks", made to largely replace Felix's improvisational tail from the original cartoons. However, this magic bag helped establish the formula of these cartoons, of giving the villain of the pictures, the Professer, a reason to hunt down Felix. 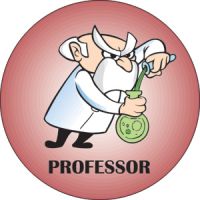 The arch-nemesis of Felix in the Trans-Lux TV cartoons. His modus-operandi in life is to steal Felix's magic bag of tricks for his own use--failing to realize throughout the years that the bag will not work for anyone but Felix, for some reason. 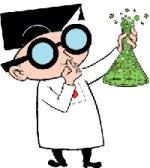 The nephew of The Professor. 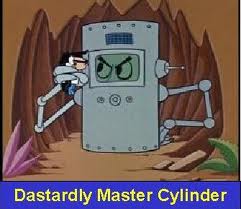 A bizarre giant robot that resides inside of the moon, where he reigns supreme as King. He was initially a pupil of the Professer until his original body was destroyed. He also made an appearance at the end of the Felix movie, in a very out of nowhere twist, complete with upgrades!

The professor's sidekick who happens to be a bulldog.

Rock Bottom: Excuse me, boss, I forgot what I'm supposed to do. I'm so stupid!

A little Eskimo with a voice loud enough to literally knock over trees! Named after the sound he makes whenever he opens his mouth. 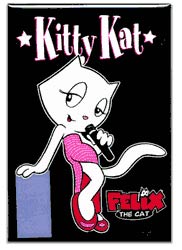 Felix's girlfriend, who appears mostly in the later comics.

The Duke of Zill

The villain of The Movie.

The Princess of the land of Oriana from The Movie.