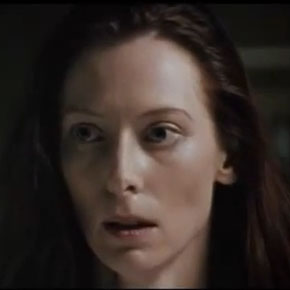 For a woman to explore and express the fullness of her sexuality, her emotional and intellectual capacities, would entail who knows what risks and who knows what truly revolutionary alteration of the social conditions that demean and constrain her.
Or she may go on trying to fit herself into the order of the world and thereby consign herself forever to the bondage of some stereotype of normal femininity - a perversion, if you will.

Contrary to what one might expect from the title of this 1996 movie, Female Perversions is a slow-paced psychological drama about emotional insecurity and similar issues. The movie is prologued by the words of the page quote above, but very little of the story is about sexuality in a narrow sense of the word.

The main characters are two sisters at the edge of professional success. The attorney Eve has a shot at becoming a Judge, and her sister is about to get her PhD.

All that stands in their way is patriarchal oppression, but not in the form of misogynist enemies trying to bring them down. No, the oppression comes from within, in the form of self-hatred and all the ways in which one can ruin one's own life. Or at least that's one way of looking at it: The story is complex and subtle, there are many ways in which it can be interpreted.

Tropes used in Female Perversions include:
Retrieved from "https://allthetropes.org/w/index.php?title=Female_Perversions&oldid=1734748"
Categories: