Everything About Fiction You Never Wanted to Know.
(Redirected from Femininity Is Bad)
Jump to navigation Jump to search 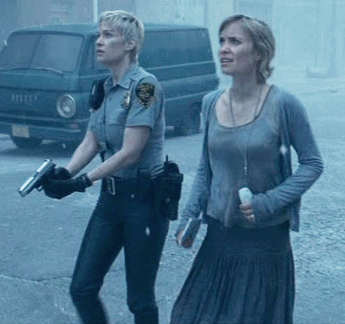 Guess which of these women is the tough, competent one.

A woman is shown as weak, incompetent, and ineffectual in this trope unless she dresses and behaves like a man. A common variation on this is to present a woman as superior because she's "not like other women." Another variation is a Tomboy and Girly Girl scenario, where the tomboy is presented as superior.

We're just recording the trope here. It happens. Between a woman in trousers and one in a dress, the odds are the trouser lady is going to be the Action Girl of the pair and the one in the dress is going to end up being a Damsel in Distress. Subversions exist, of course, especially in more recent works since third wave "Girl Power" feminism. Many of the straight examples are from older works when having proactive female characters at all was fairly edgy.

Examples of Real Women Don't Wear Dresses are listed on these subpages: