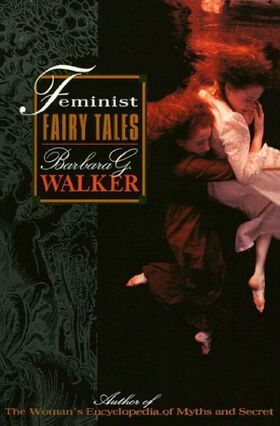 Quite a few fairy tales are less than friendly towards women (case in point, there is an entire fairy tale genre about heroic wife-beating). Walker sought to right the wrongs by rewriting famous and lesser-known fairy tales (as well as some well known folkloric and mythology-derived tales) to empower female readers, especially those reading in the children's section. Famous tales like Snow White, Cinderella and Jack and the Beanstalk were given a Gender Flip and/or a Perspective Flip to be told from the side of female characters.

It is arguable whether she succeeded, as described on the YMMV page. Very often Walker missed the point of the original tale or was only familiarized with the Flanderized, Disneyfied version of the story, which resulted in stories that read like a Shallow Parody of the original with a feminist slant. Also, there are heavy Values Dissonance between Walker's feminists principles [1] and the ones on vogue on the current state of the movement[2], resulting in stories that could read superficially as "empowering" but to close examination are anything but.

Fairy Tales and Folkloric stories rewritten for the anthology:
Tropes used in Feminist Fairy Tales include:
Retrieved from "https://allthetropes.org/w/index.php?title=Feminist_Fairy_Tales&oldid=1697706"
Categories: