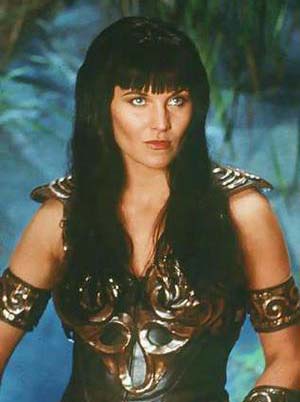 We all know that Most Writers Are Male. Something like eighty percent of media aimed at children have male main characters, whereas half the population is female. Chances are, any summer blockbuster you can name revolves around a male or men in general. Men save the world, women are their Love Interests. Men are heroes, women are damsels. Stories about women are for women, stories about men are for general consumption.

As you can imagine, this can get a bit annoying for those women who like fantasy and science fiction, but can't stand Chick Flicks. Or maybe they don't actually mind Chick Flicks, but they would like to see more "general" media with stronger female representation. That's why we have Feminist Fantasy. Somewhere along the line, someone decided that women were getting the short end of the stick in fiction, and decided to create something with explicit feminist themes.

They're often fantasy and science fiction, genres that have revolved around men for a really, really long time. Why? Because sometimes we like seeing a woman save the world from aliens, heaven forbid. Or maybe we like to have the ever-present but oft-ignored gender inequalities in a Standard Fantasy Setting pointed out. Or just maybe we want to read a story that isn't about a Five-Man Band in the absolute strictest sense.

Science fiction and fantasy are suited to examining gender and male-female relations by depicting alternative societies (may be a Lady Land or the result of a Gendercide) or species with unfamiliar sexual biology, or by subjecting characters to Gender Bending.

Another type of Feminist Fantasy is a feminist retelling of an old story, like a fairy tale or folktale. These are very popular nowadays, and seem to be the way this generation of Disney princesses is turning out—see Enchanted and Princess and The Frog. The former is completely self-aware and sends up the traditional Disney Princess archetype, and the latter is about a girl who wants to be a businesswoman and ends up with a prince along the way.

Note that this is not (necessarily) a Lifetime Movie of the Week, which cuts down men in order to appear "feminist." Nor does it have to be Anvilicious about gender issues to qualify. It doesn't even have to stop men from liking it too, particularly ones that like a Hot Amazon.

Examples of Feminist Fantasy Include: