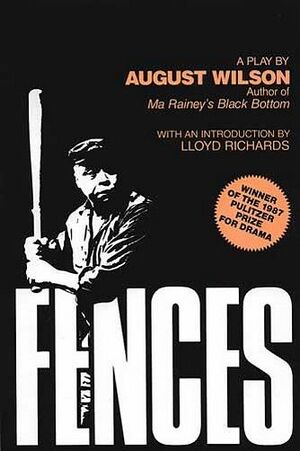 Fences is a play by August Wilson that premiered in 1985. Performed in various theaters throughout the country, the first production in Broadway in 1987 starred James Earl Jones and received the Tony Awards for Best Play, Best Performance by a Leading Actor in a Play (James Earl Jones), Best Performance by a Featured Actress in a Play (Mary Alice), and Best Direction of a Play (Lloyd Richards). The play won the 1987 Pulitzer Prize for Drama.

Troy Maxson used to play baseball, but now he's a garbageman along with his good friend Jim Bono. Troy has two sons, one from one mother and the other from another mother, his current wife Rose. However, what Rose doesn't know is that Troy's off having an affair with another woman named Alberta.

Over the course of the play, tensions rise within the Maxson family as the physical fence around the house is slowly built up and metaphorical fences are quickly established between each of the family members and Troy himself.

A film adaptation was released in 2016, directed by and starring Denzel Washington and written by the original author. It won the Academy Award for Best Supporting Actress (Viola Davis).

Tropes used in Fences include:
Retrieved from "https://allthetropes.org/w/index.php?title=Fences&oldid=1558091"
Categories: