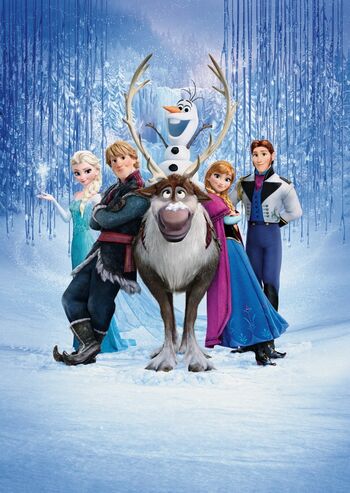 The movie has gotten a lot of attention as the source of the song "Let It Go", sung by Idina Menzel. The song made such an impact that, in the words of Co-Director Jennifer Lee, "the minute we heard the song the first time, I knew that I had to rewrite the whole movie."

A series of children's books entitled Anna & Elsa was spun off from the movie and began being released in early 2015.

Not to be confused with the 2010 drama/thriller film of the same name.

Tropes used in Frozen (Disney film) include:
Retrieved from "https://allthetropes.org/w/index.php?title=Frozen_(Disney_film)&oldid=1922527"
Categories:
Cookies help us deliver our services. By using our services, you agree to our use of cookies.