This Page is for characters from Xing and other general characters. 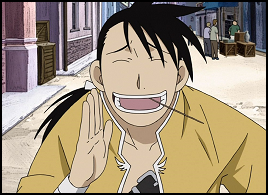 Ling Yao is a member of the Xing Royal Family, and has the powers that come with it. His appearance marks the start of the large differences between the first anime and manga/Brotherhood anime.

"So Sori! I no understand much language of this countwi!" 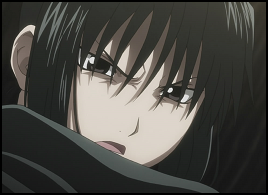 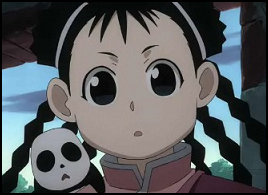 A Xingese princess from a very minor clan, her goals are similar to Ling's, who is technically her half-brother. She's always accompanied by her tiny panda, Shao May. 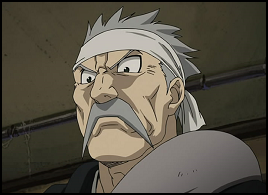 Ling's other bodyguard and grandfather to Lan Fan. 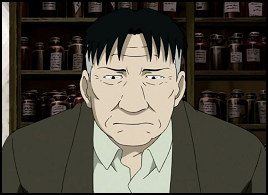 A state alchemist who served in Ishval, and creator of some Philosopher's stones. Due to his experience in the war he deserts the military, living a quiet life as a country doctor, until trouble comes knocking on his door. 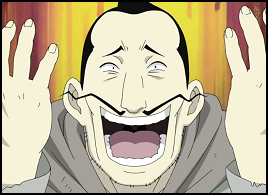 Once an insufferable and deeply corrupt bureaucrat that ran the mines in the town of Youswell, Yoki was discharged from the military when the Fullmetal Alchemist showed up for an inspection and lost all his money thanks to his own carelessness. In time, he was found by Scar, who not-entirely-willingly took Yoki on as his sidekick.

Affiliation: None
Rank: A housewife!
Speciality: Martial-Arts/Alchemy without an Array 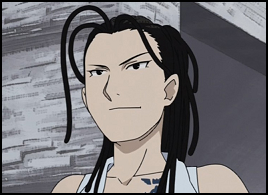 Mentor to the Elric brothers, she taught them both alchemy and martial arts, both of which she is a master. Despises State Alchemists. Easily the most Badass character in the series, which is saying a lot.

Affiliation: None
Rank: None
Speciality: Super-Strength 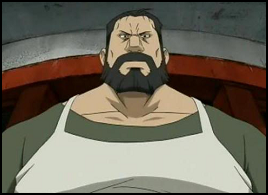 Izumi's husband. A meat butcher who is very protective of his wife, often accompanying her on her travels around Amestris.

Affiliation: None
Rank: None
Speciality: Mechanic 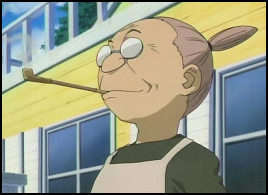 Winry's aged -- but still very spry -- grandmother. Pinako is a master automail engineer who taught Winry everything she knows; it was she who first applied Ed's prosthetic limbs. Also Hohenheim's old drinking buddy. 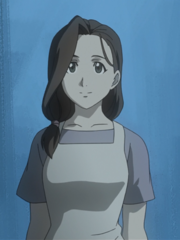 The common-law wife of Van Hohenheim and the mother of Edward and Alphonse Elric. She was a sweet, gentle woman who was loved dearly by her entire family, even by Hohenheim, who despite having left them, was reluctant to do so. Trisha tries to last until his return, though she ultimately dies of an illness. Ed and Al attempt to revive her with human transmutation set the events of the series in motion. 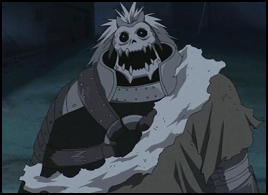 A serial killer that guards the hidden laboratory used to create the red stones. After being used as a subject in transmutation experiments, his soul was placed into a suit of armor not unlike Al's. While he works for both Roy and the Homunculi over the course of the story, he doesn't really care as long as he gets to chop stuff up. 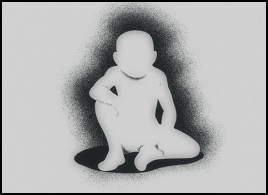 Mysterious guardian of the Gates, claims to be "Reality", "the World", and "God". Not having a form of his own, he takes on the outline of whoever approaches him. Whenever someone attempts human transmutation, (except those who have the Philosopher's Stone) he forces them to pay a toll for trepassing in God's domain. However, he always gives them alchemical skill and knowledge proportional to their sacrifice. Despite his apparent neutrality, he seems to take sadistic pleasure in his tolls, often giving out ironic punishments. Because of him, Ed and Al have lost their limbs and body, Izumi has lost several internal organs, and Roy has lost his eyesight.

That was the correct answer, Alchemist. You have defeated Truth. Take your prize. All of it.

"YOU'VE DONE IT! THAT'S THE RIGHT ANSWER! GOOD JOB! YOU BEAT ME! GO AHEAD! TAKE HIM HOME! THE BACK DOOR IS RIGHT OVER THERE! GOODBYE, EDWARD ELRIC!"

A group of chimeras who were experimented on by the military. They were presumably busted out by Greed, and now follow him. 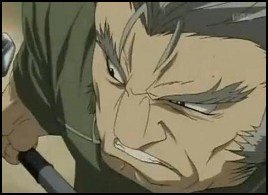 The big guy, and part cow. He faces off against Armstrong during Bradley's raid. 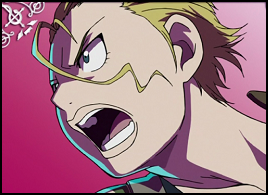 Part Snake. She goes forces herself inside Al's armor to slow him down, during Greed's bid for immortality. 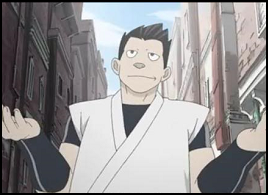 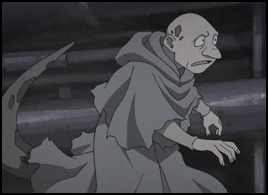 Part lizard. Greed's messenger, and the only survivor of Bradley's raid. Is unfortunate to run into the second Greed, mistaking him for his old boss and gets killed by him.

A group of chimes that Kimblee brought with him to Briggs - knowing that he can't trust Armstrong's men. Eventually, all four are left for dead by Kimblee, and all end up betraying him in the end. Zampano and Jerso join up with Marcoh and Scar, while Darius and Heinkel save Edward after he was nearly killed by Kimblee, and later join Edward and the second Greed. 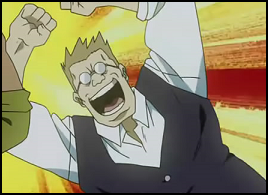 One of Kimblee's original chimeras, a warthog. After defecting, he and Jerso join Marcoh and Scar to unravel the secrets of the country-wide transmutation circle. 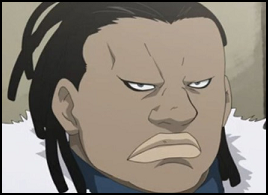 A chimera who takes the form of a toad. After defects with Zampano, he joins Scar and Marcoh in an effort to stop Father. 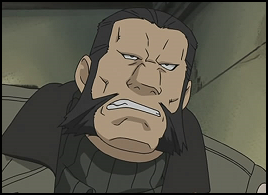 Kimblee's former henchman who takes the form of a Gorilla. After he and Heinkel are left for dead by Kimblee, they're both saved by a dying Edward. They in turn, save him and become his Nakama. Afterwards, all three then proceed to join Greed to stop Father. 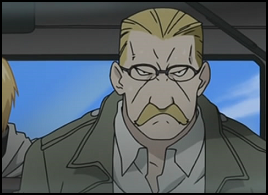 Kimblee's chimera who betrayed him along with Darius after they were both left for dead. After saving Edward, they all proceeded to join Greed's gang. He's half lion. 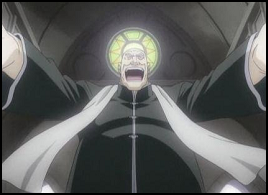 The first villain the Elrics go up against, Cornello was the leader of the Church of Leto, a cult that controlled the town of Liore. In reality, he was a power-hungry alchemist whose "miracles" were actually performed with a Philosopher's Stone. What Cornello didn't know was that he was an Unwitting Pawn for Father, and as soon as he outlived his usefulness, Lust and Gluttony killed him. 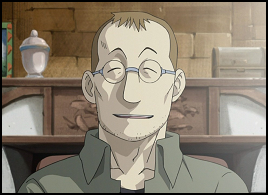 The "Sewing-Life" alchemist, who specializes in creating Chimeras. He allows Edward and Alphonse to look into his research as he tries to prepare for the annual reviews. Two years ago, he turned his wife into a chimera which later starved to death. He later transforms his daughter Nina and dog Alexander into a chimera, to the Elric brothers' horror. He is killed by Scar. 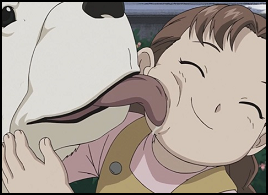 Shou Tucker's daughter and dog. The two get along greatly with Edward and Alphonse during their visit, since Shou Tucker hardly ever plays with them. That is, until they're both transformed into a horrific chimera, and later killed by Scar.

Affiliation: None
Rank: None
Speciality: Super-Strength 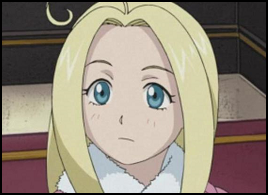 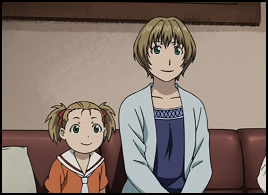 Beloved wife and daughter of Maes Hughes. Hughes knows to especially shoves Elicia pictures to everyone he worked with. 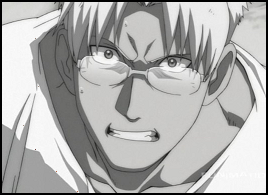 Scar's older brother who was killed during the Ishval Civil War.

Affiliation: Amestris
Rank: Civilian medics
Speciality: None aside from their medical skills. 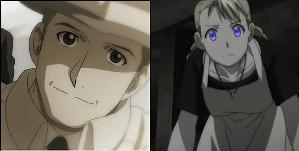 Winry's parents, two doctors who perished in the Ishbalan war. A traumatised, recently-awakened-to-his-powers Scar is the one who killed them, though if he didn't do so they would've died anyway since Kimblee was tasked with their deaths.