This page deals with the Main Characters of the series. 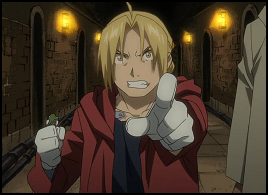 Edward: Get up, you miserable fuck. It's time you learned why you're not in our league!

"Die?! You just don't know anything about Edward Elric!" 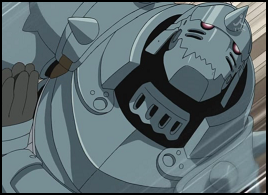 Edward's little brother, he lost his body during an experiment that went horribly wrong and survives in the form of a suit of armour, his soul joined to it through the use of a blood seal.

Al: "I won't leave you! I'm sick of watching people die, and I can't just sit back and take it anymore! I won't let anyone else get killed! Not when I can protect them!!" 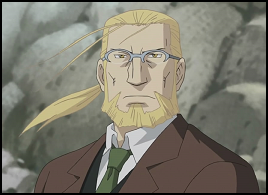 The Elrics' father, a renowned alchemist who left them and their mother when they were little.

Affiliation: None
Rank: None
Speciality: Mechanic 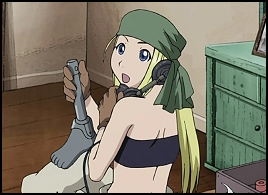 The Elrics' childhood friend and Ed's personal automail mechanic, who happens to have a crush on him. 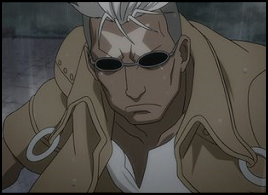 A mysterious Ishvalan in a Roaring Rampage of Revenge against the State Alchemists that annihilated his people.