Everything About Fiction You Never Wanted to Know.
< Fullmetal Alchemist (manga)
Jump to navigation Jump to search 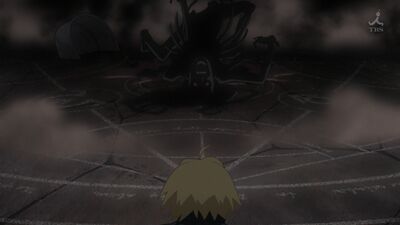 The entire premise is about two kids who, respectively, lose an arm and a leg and their whole body while trying to bring back their dead mother (who came out like...well, this picture). Throw in some Eldritch Abomination, War Is Hell, Body Horror, Living Shadow, a sadistic god, and, ladies and gentlemen, we have the tank full of Nightmare Fuel that is Fullmetal Alchemist.