Everything About Fiction You Never Wanted to Know.
(Redirected from Gameplay Scrappy)
Jump to navigation Jump to search 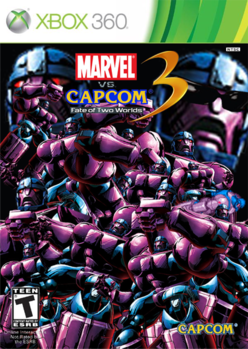 Two variations of The Scrappy specific to Video Games and/or Tabletop Games.

The first, often seen in fighting games, concerns the best characters getting hated not out of a hatedom but for being overused and/or downright difficult to defeat due to their high power, gameplay-wise; understandably, those two points get on a lot of people's nerves and tend to be favored by other people. Characters who are Difficult but Awesome tend to avoid this fate because they are hard to play well. A typical tier induced scrappy is a high tier character with next to no learning curve.

The other, more common to RPGs, is a character who is widely hated because they just suck in gameplay terms. They might be the nicest person in the world, but if they're The Load in combat or gameplay, their fate is decided. A Low Tier Induced Scrappy has no Magikarp Power; they're bad from the start and there just doesn't seem to be any point in training them when there are other, more rewarding characters on hand.

Practically all characters you have to guard for an Escort Mission are like the second type. Spoony Bard is a subtrope of this that's specifically about a character that tries to do something "different" but ends up sucking because of it.

Examples of Tier-Induced Scrappy include:

Examples of both depending on the circumstances