Everything About Fiction You Never Wanted to Know.
Jump to navigation Jump to search
/wiki/George MacDonaldcreator 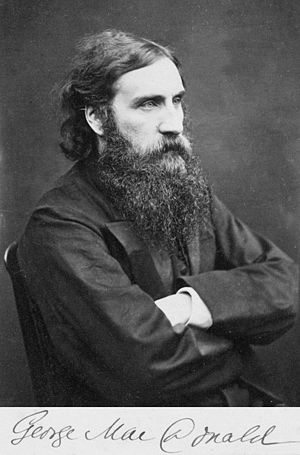 George MacDonald was a Victorian Scottish writer chiefly known for his fantasy works, which were read by such authors as G. K. Chesterton, J. R. R. Tolkien, and C. S. Lewis. They include At the Back of the North Wind, Lilith, Phantastes, The Princess and the Goblin, The Princess and Curdie, and The Light Princess. He also wrote a fair number of non-fantasy works, primarily concerned with romance, suffering and adventure in the Highlands, which are generally passed over for some reason.

He is not George Macdonald Fraser.