Get Back to the Future 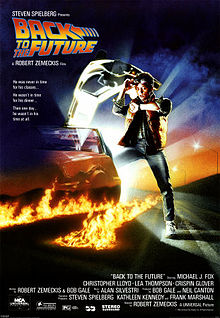 Three guesses what the plot is and the first two don't count.

An accident involving time travel strands someone in the past; they have to figure out how to get back to their own time. The accident can take at least three forms:

Often the eventual plan for getting back requires the traveler to have foreknowledge of events, Write Back to the Future, or otherwise exploit their out-of-time status.

Compare Trapped in the Past, where the character simply lives in the past instead of trying to return.

Examples of Get Back to the Future include: