Goggles Do Something Unusual 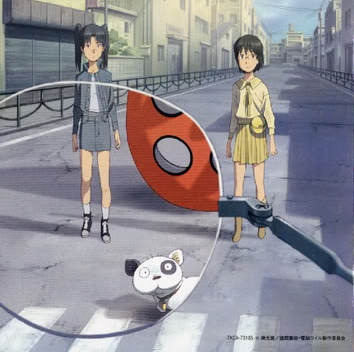 I spy with my little eye...something you can't see.

The more interesting twin to Goggles Do Nothing, this trope is for eyewear that does something other than what their mundane design purpose is. Eyewear falling under this trope may actually correct vision, or it may not. Such eyewear may protect one from sparks or chemicals. Such eyewear may, as a side-effect be intimidating or just plain frightening, but it certainly will do something useful and unusual besides that.

Among the powers conferred by such unusual eyewear:

As a bonus, they often come in Cool Shades variations. Careful, though; they're not always indestructible, and sometimes they're one of a kind.

Compare Shoe Phone and See-Thru Specs. Contrast Goggles Do Nothing. For other headgear doing unusual things, see Hat of Power. Not related to Junior Member Of The Marx Brothers Performs An Amusing Act Not Specified In The Script But Hilarious Anyway.

Examples of Goggles Do Something Unusual include:

Retrieved from "https://allthetropes.org/w/index.php?title=Goggles_Do_Something_Unusual&oldid=1703682"
Categories:
Cookies help us deliver our services. By using our services, you agree to our use of cookies.