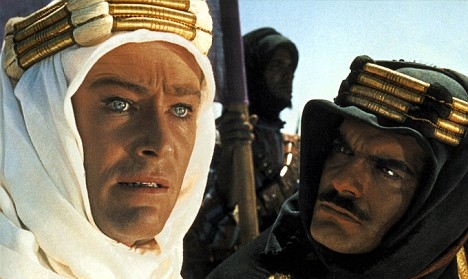 They don't call him Lawrence of Wales.

There are plenty of people who believe that modern life is rubbish and would like to escape it and go live off the fat of the land. The Going Native trope plays to this fantasy by having a character lifted out of his typical environment and thrust into a new one, only to become a part of that new world. Characters who start as a Jerkass with heavy prejudices against the native group are especially prone to Going Native. They might even be sent to bring destruction or 'higher culture' in the first place. As soon as they feel quite comfortable, possibly having fallen in love with a local girl and/or learned big lessons from a mentor figure, count on their old life to come messing with them. Optionally there might be an episode of being tempted back to their evil old ways. Or they might just rise to the occasion as a Mighty Whitey. Going Native is not restricted to known traditional cultures. It might involve characters involved with aliens, orcs, mobsters,... you name it. Overlaps may occur with Becoming the Mask. Oddly, it is almost never used in cases where it is the audience's group being joined by a more advanced figure, such as the Fifth Column in V.

If the character becomes more successful in his new culture than he could have ever been back home, it's Like a Fish Takes to Water.

Compare: Raised by Natives, Raised by Orcs, Raised by Wolves, Mighty Whitey, Becoming the Mask, Foreign Correspondent and Lost in Character. See also Of the People.

Examples of Going Native include:

Willard: They were gonna make me a Major for this, and I wasn't even in their fuckin' army anymore.