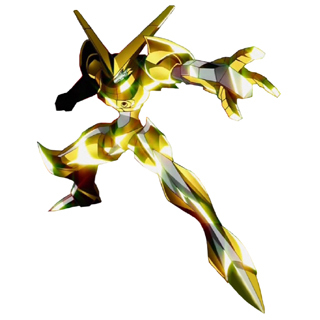 A common trend in video games and anime is to give the character a Super Mode, these come in many shapes, sizes, and colors. Perhaps the most common color variation is gold.

For whatever reason, if a character turns gold in fiction, he or she seems to gain a boatload of power. This seems to be most common in anime.

Can also cover a weapon turning gold as a powerup or upgrade.

Examples of Golden Super Mode include:

Retrieved from "https://allthetropes.org/w/index.php?title=Golden_Super_Mode&oldid=1487204"
Categories:
Cookies help us deliver our services. By using our services, you agree to our use of cookies.