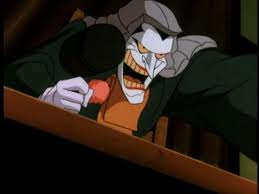 "Record? Is someone supposed to be writing this down?"

A Hanging Judge is a ruthless judge who rules his courtroom with an iron fist as his own personal fiefdom. He will hand out brutal sentences for the most minor infractions. He may be corrupt and using the law for his own ends, a Corrupt Hick using his power to dominate the local community, a Knight Templar who believes his punishments are justified, or just a bully who gets off on abusing his power, but any hero who ends up in front of him can expect no mercy and precious little justice. You better have an Amoral Attorney at your side when you confront the Hanging Judge in the courtroom, or it's guaranteed that you won't walk out as a free bird after the trial.

Typically presides over a Kangaroo Court.

Examples of Hanging Judge include:

And that's before he recognizes Lightning as being a race car.

Retrieved from "https://allthetropes.org/w/index.php?title=Hanging_Judge&oldid=1752359"
Categories:
Cookies help us deliver our services. By using our services, you agree to our use of cookies.