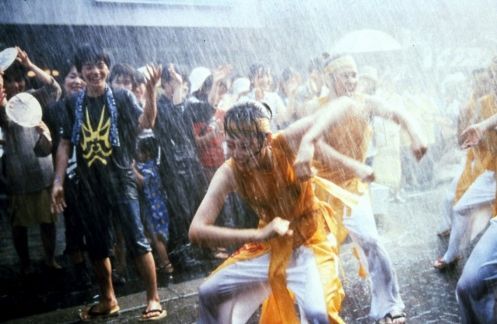 Those occasions when people are happy to be rained upon. Perhaps there was a drought, perhaps it was too hot, or perhaps the protagonist just enjoys Singin in The Rain. In Fisher King situations, may indicate the defeat of the Big Bad.

Compare Redemption in the Rain.

Examples of Happy Rain include: